On the south-west side of the Tub-Karagan peninsula is the half-kilometre-long Golubaya Bay (aka Blue Bay), which is sandwiched between the Uzynkuduk and Tulkili Gorges. Less than a kilometre inland is Tulkili Fortress. Isolated stretches of sandy beach and unnamed rocky coves extend either side of it: 15 km to the south is Cape Segendi (aka Cape Sagyndyk), meaning ‘Devil’s Finger’ […] 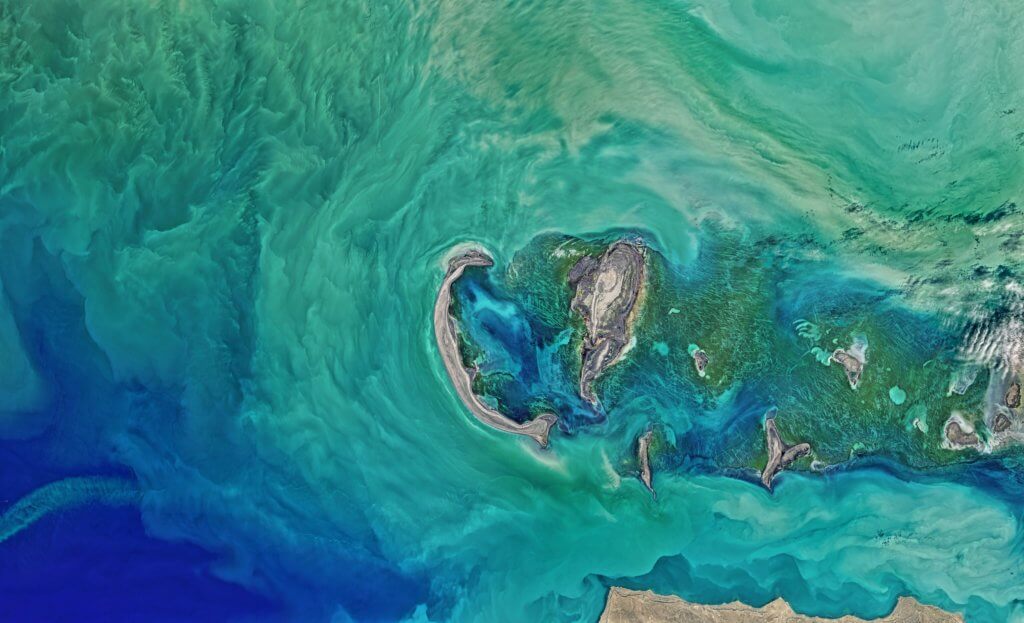 Ten kilometres off the north coast of Tub-Karagan Peninsula is the Tyuleniy Archipelago. Tyulen means ‘seals’ in Russian. The archipelago consists of five named islands. The westernmost Kulaly and Morskoy Islands are the largest and measure 20–30 km in length. The other three are the arid and inhospitable Novy, Rybachy and Podgorny. The nearest place to arrange a boat is […] 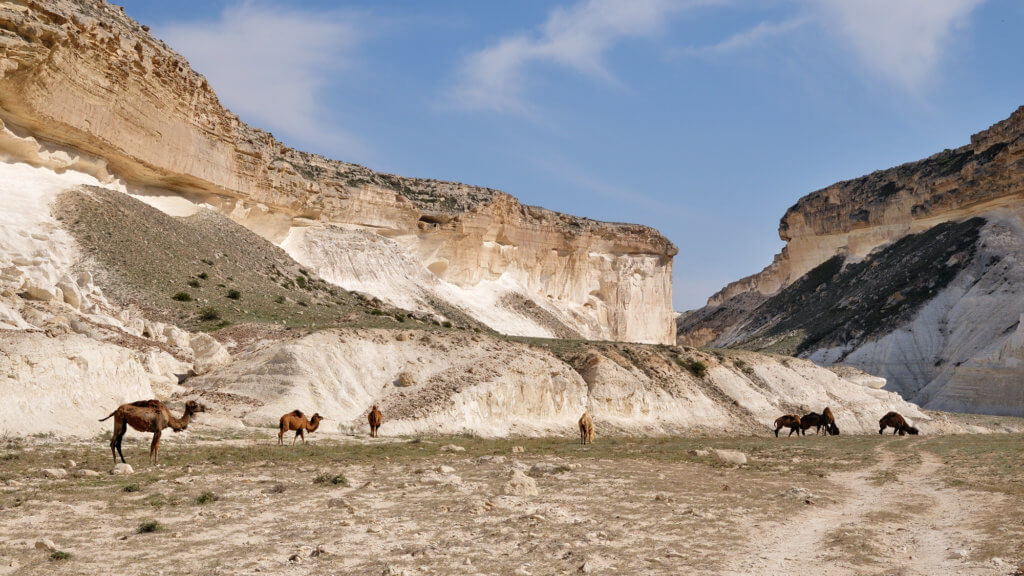 Kapamsay Canyon is four kilometres southwest of Shakpak-Ata. When approaching it from afar, you’ll see the white-sided walls of the chasm peeking up above the vegetated plateau. It’s 4 km long, up to 70 m deep, and the canyon floor is strewn with car-sized boulders. There are similar sized canyons either side of Kapamsay: Kokbulaksay 7 […] 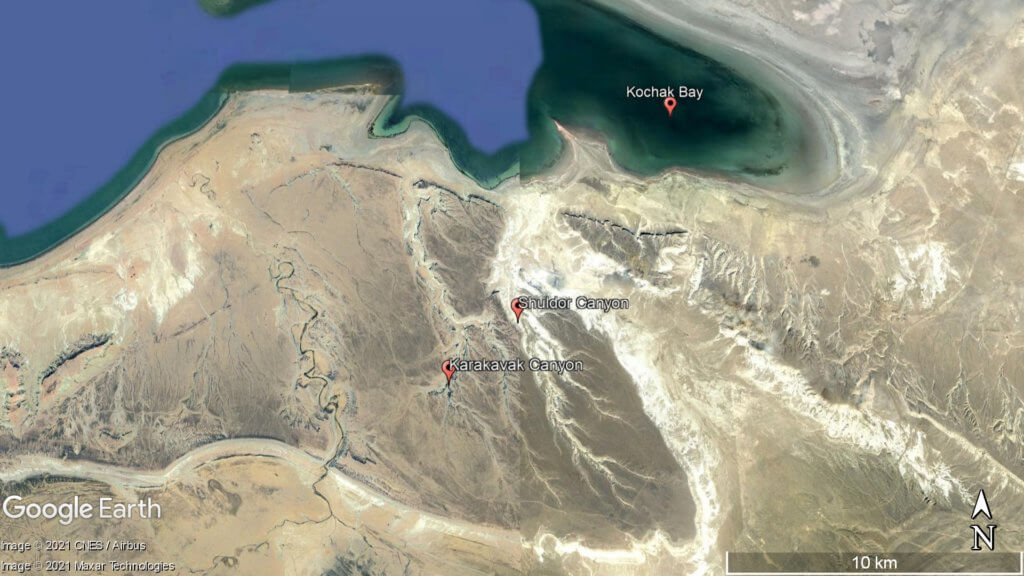 The main sections of the Karakavak and Shuldor Canyons start east of a dirt road junction. Both run north for roughly 9 km before opening up in front of a small and shallow cove in Kochak Bay—which also freezes up in the winter. Their total drop in elevation is over 150 m and the cliff height is […] 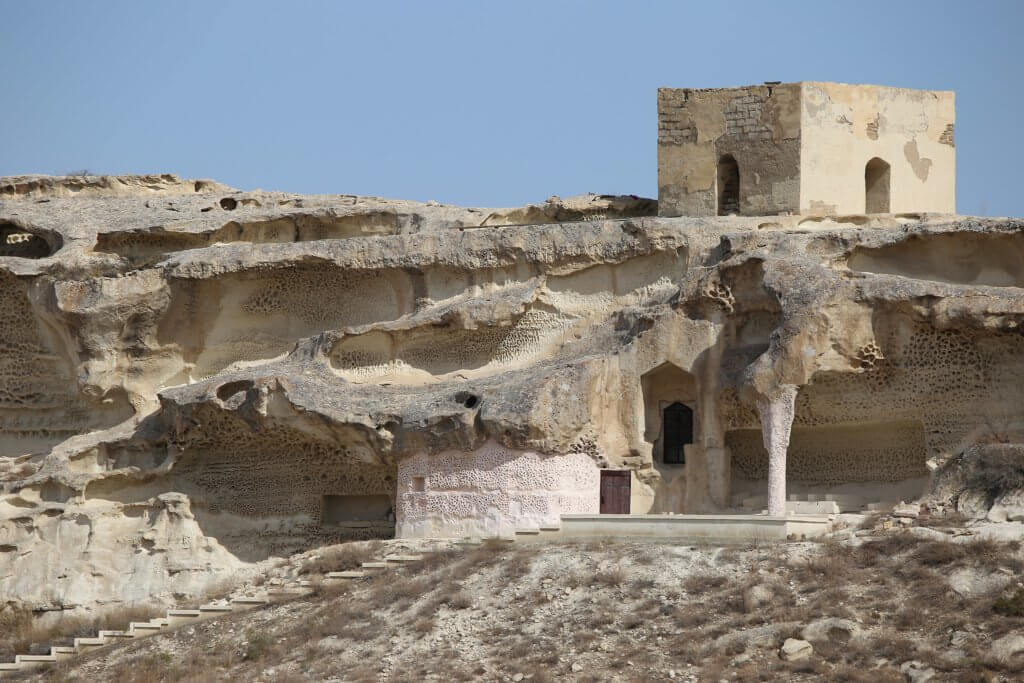 Situated 4 km south of Sarytash Bay, the 10th-century Shakpak-Ata is one of Mangystau’s most interesting historical-religious sites. Tauchik, a small village, is the nearest settlement and 45 km southeast. Hewn out of a cave on Mount Ungaza’s slopes, the underground mosque has three entrances and four chambers serving as prayer rooms. It’s free to […] 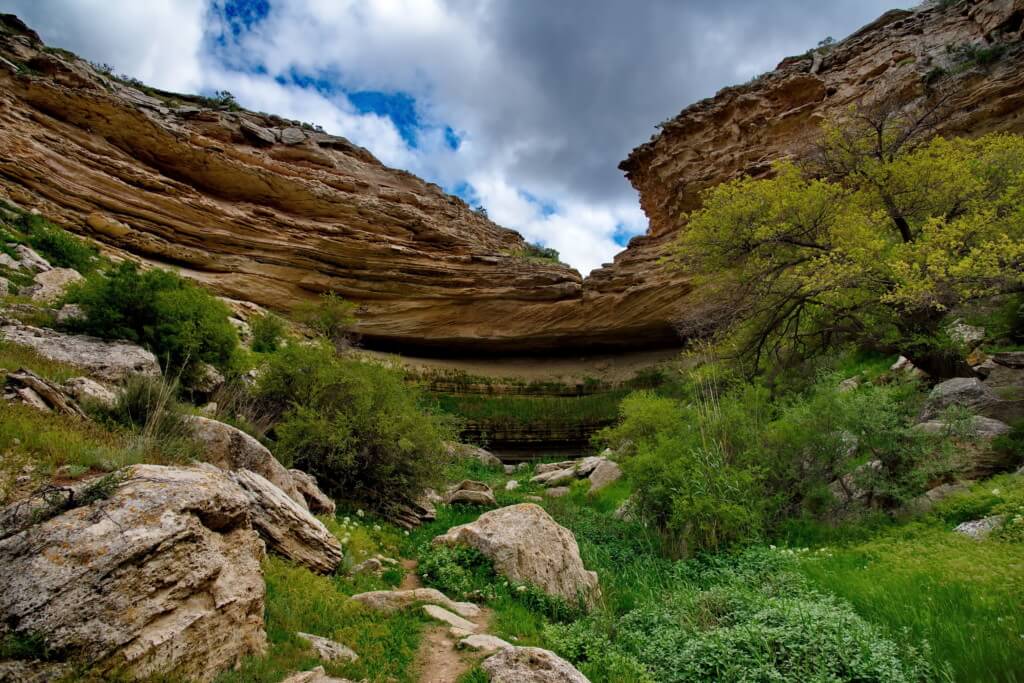 The rugged Tamshaly and Meretsay Canyons are 15 km west of Cape Dzhigalan and 30 km east of Fort Shevchenko. Their names are used interchangeably, however, officially the 3 km-long Meretsay is a tributary canyon to the 10 km-long Tamshaly. Where the two ravines meet is a clear freshwater lake, with steps leading down from […] 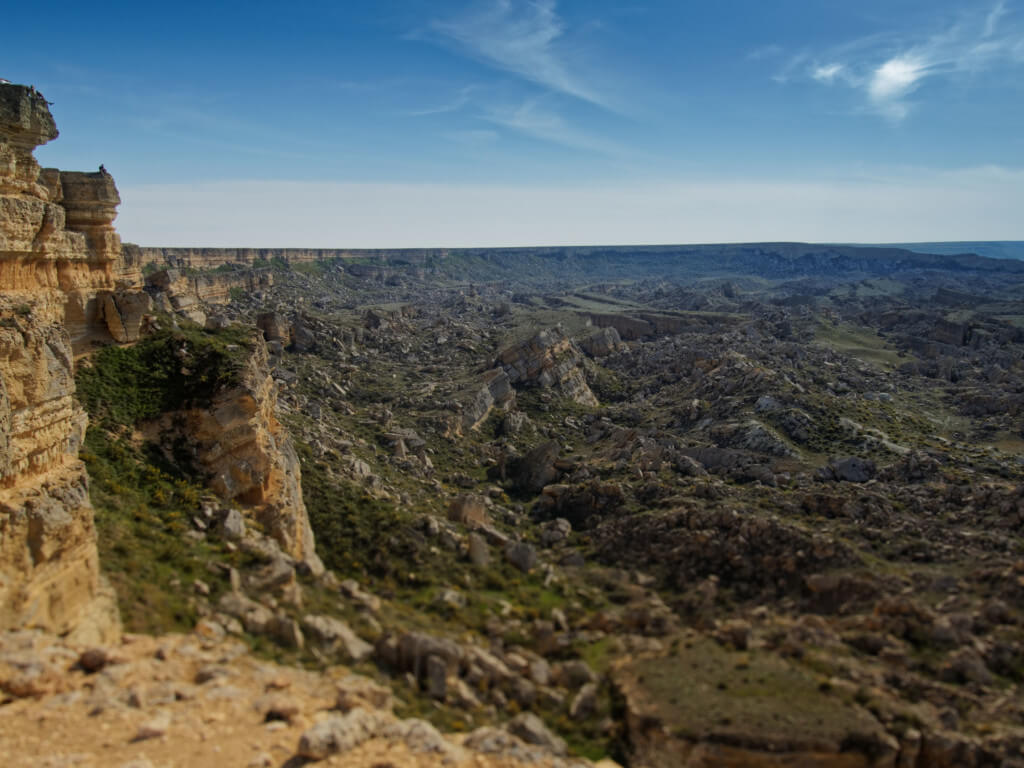 Forty kilometres west of the Aktau-Buzachinskiy Nature Reserve, on the Tub-Karagan Peninsula’s north coast, is the rubble strewn landscape of Cape Zhigylgan. Meaning ‘Collapsed Land’ in Kazakh, the area was created by an enormous landslide caused by erosion of the sand and clay layered beneath the dense limestone bedrock. © Profile Arxitektor © Alexandr Malyshev The slide zone itself is […]