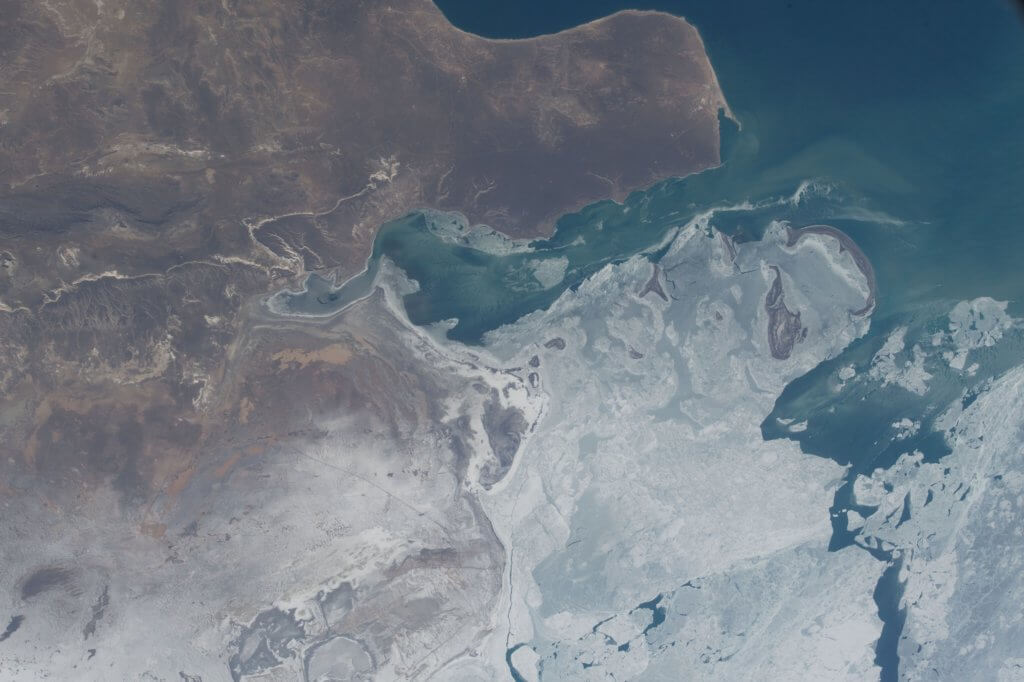 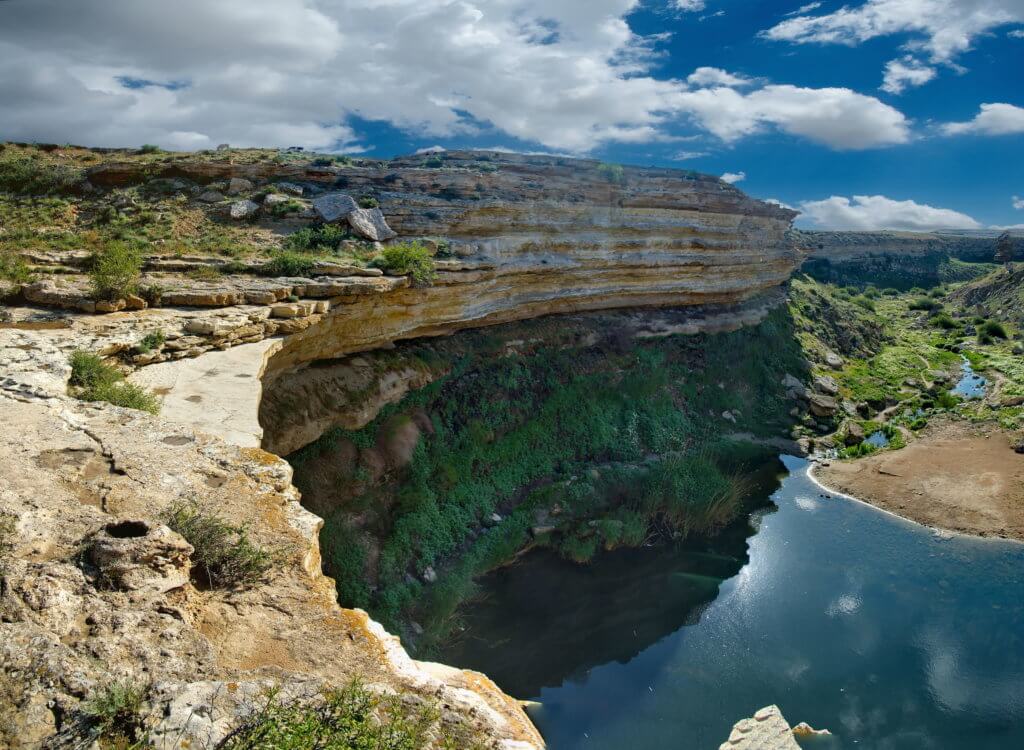 Ninety kilometres north of Aktau is Saura Canyon. It starts 2.5 km inland, runs southwest towards the Caspian Sea and ends in front of the abandoned Soviet-era fishing village of Saura. Half a kilometre to the west is Karakul, an oasis-like lake in a smaller side canyon of the same name. It’s also home to […] 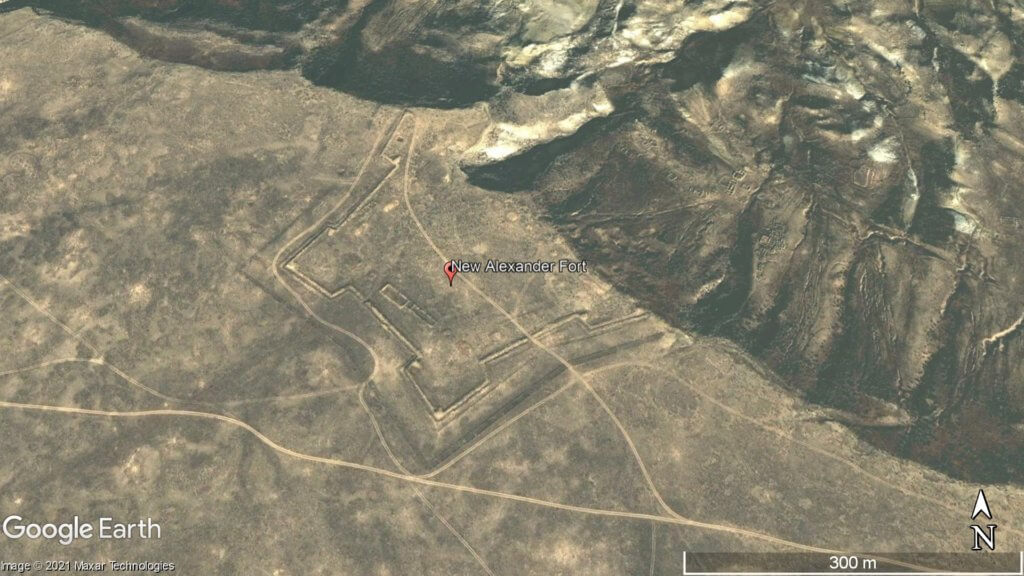 Overlooking Dead Kultuk Bay is New Alexander Fort. It’s located on the cliff edge of the Western Chink Ustyurt (Западный Чинк Устюрт) and was in use from 1834-1846. Russian General Vasily Perovsky, who oversaw two attempts to conquer Central Asia in the Khiva and Kokand campaigns, ordered the fort to be built. His reason for […] 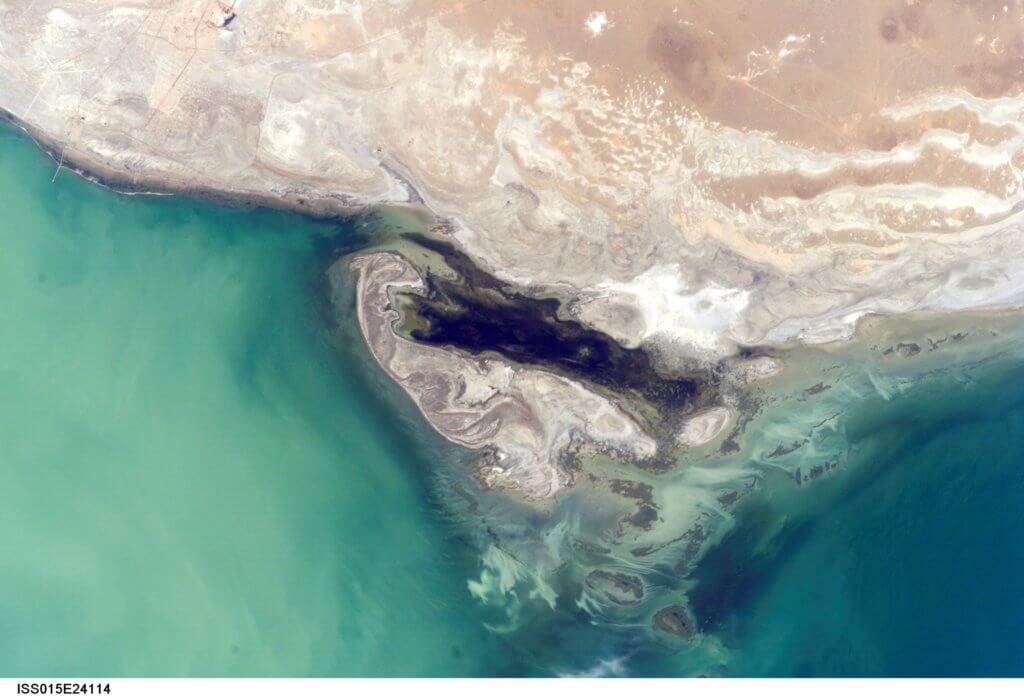 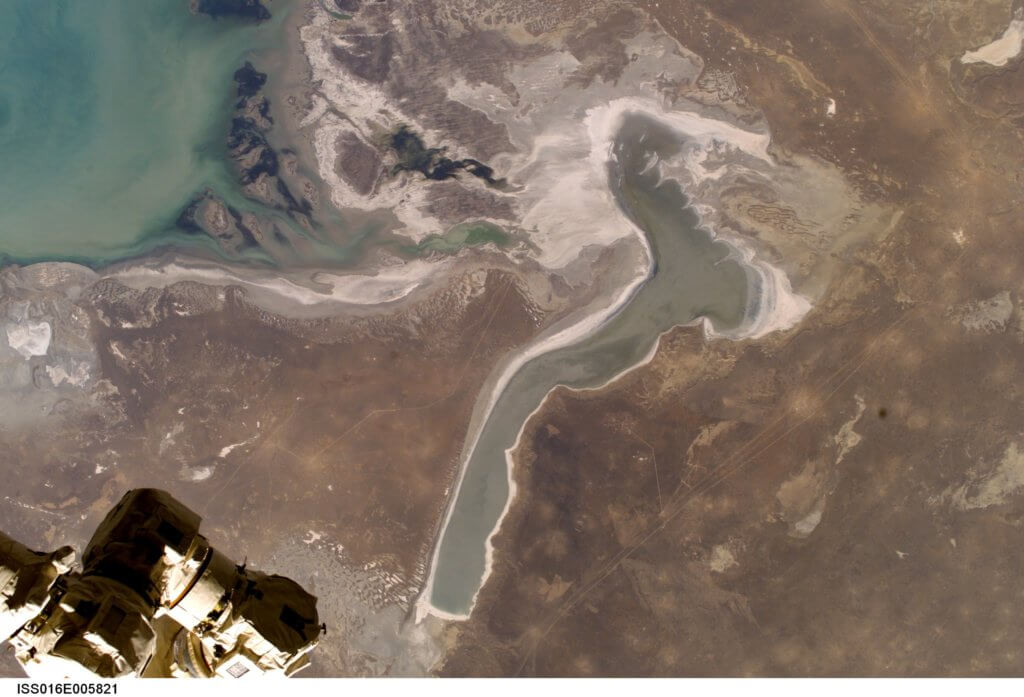 Kaydak Bay is a 15 km wide salt marsh extending for over 100 km along the Buzachi Peninsula’s east coast. A 1–2 metre high depositional bar separates the bay from the Caspian Sea, both of which lie 30 m below sea level. From time to time the sea breaches the bar and floods the bay […] 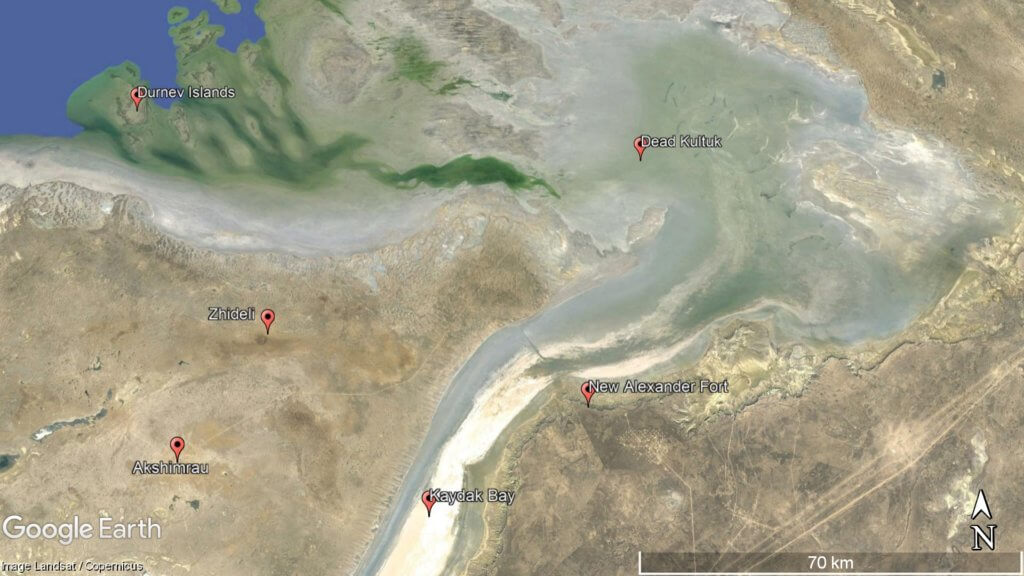 From the 17th to 20th century, Dead Kultuk has had a three different names: Blue Bay, Tsesarevich Bay and Komsomolets Bay. At the entrance of the 70 km-wide bay are the Durnev Islands. For unknown reasons many online reports make it sound like there’s only one island off of Buzachi’s northern coastline. However, if you […]