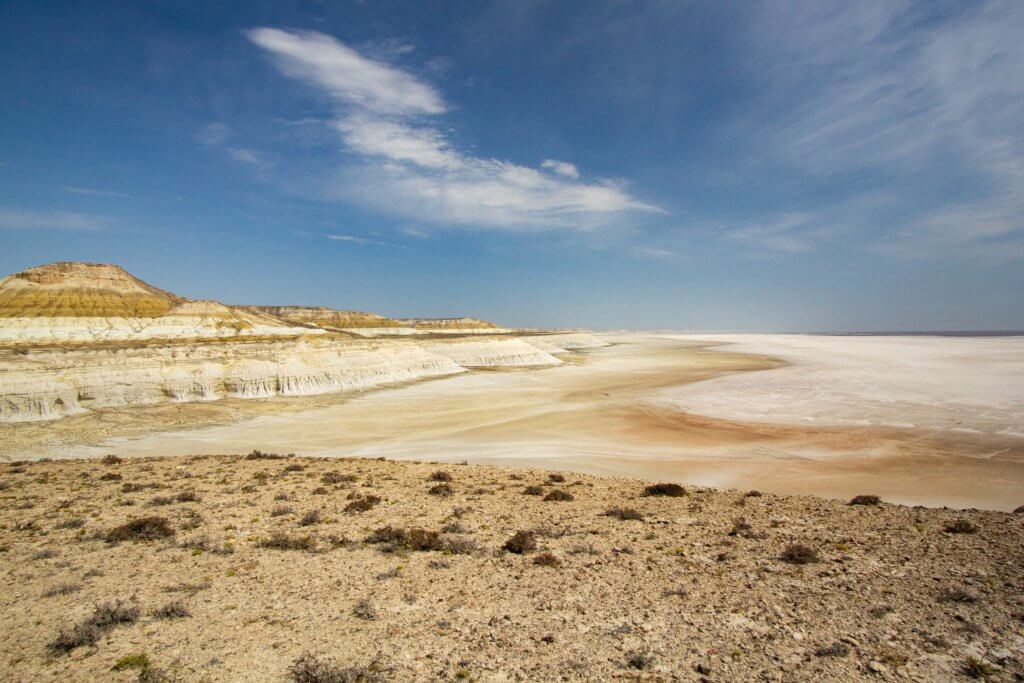 Eight kilometres south of Kizyl-Bas/Say-Utes is Sor Tuzbair, a salt marsh stretching for 15 km along the edge of the Western Chink Ustyurt. Along with Boszhira, it’s one of Mangystau’s most recognisable and visited natural landscapes. The far western end of Sor Tuzbair. © Matthew Traver Map Data: Google, © 2021 Landsat / Copernicus The […] 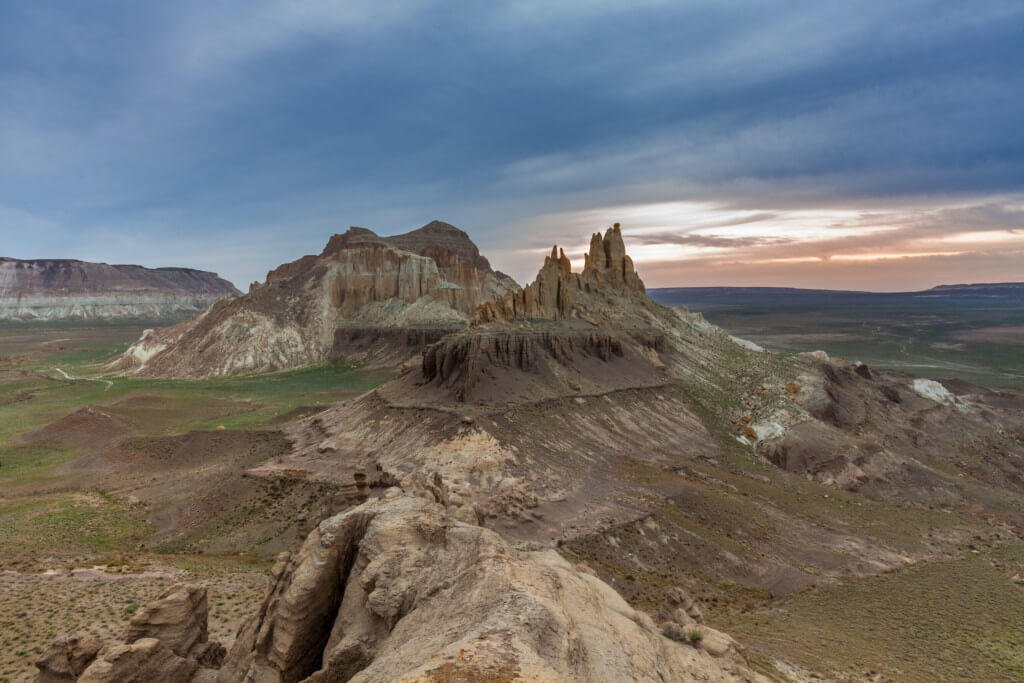 Ten kilometres north-west of Shetpe town is Ayrakty-Shomanai, or as 19th-century Ukrainian artist-poet Taras Shevchenko preferred to call it: the Valley of Castles. The peaks are freestanding and sit in between the Karatau Range to the south and the North Aktau Ridge to the north. It’s only a matter of time until a sci-fi film director […] 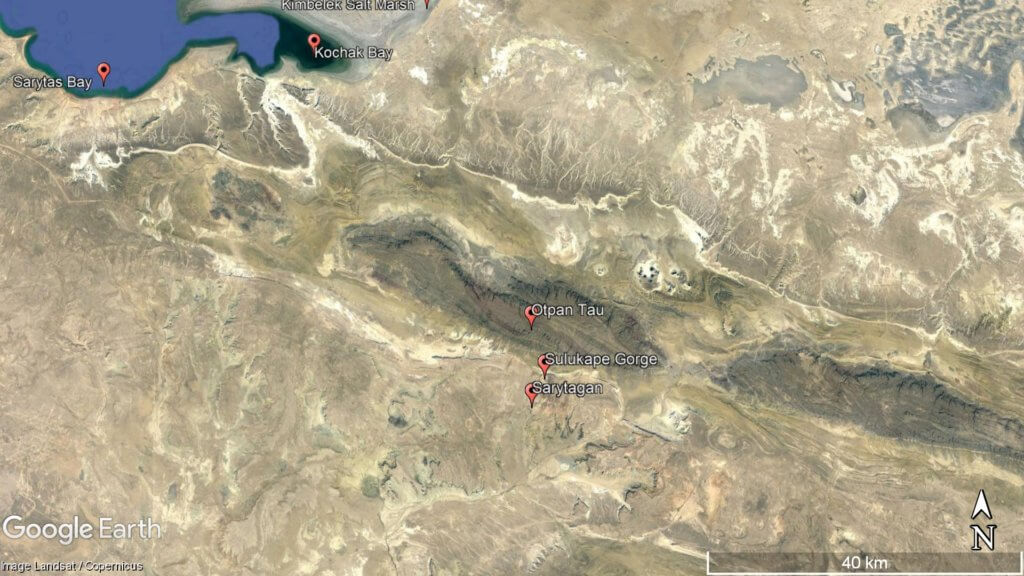 Otpan Tau (532 m) is the Mangyshlak Peninsula’s highest point. From the summit, you can see unrestricted views of Mangystau’s vast steppe, the Caspian Sea, and endless numbers of weather-worn ridgelines and rock features. It’s in the middle of the West Karatau Range and previously served as a watchtower and fire-signalling point to alert residents […] 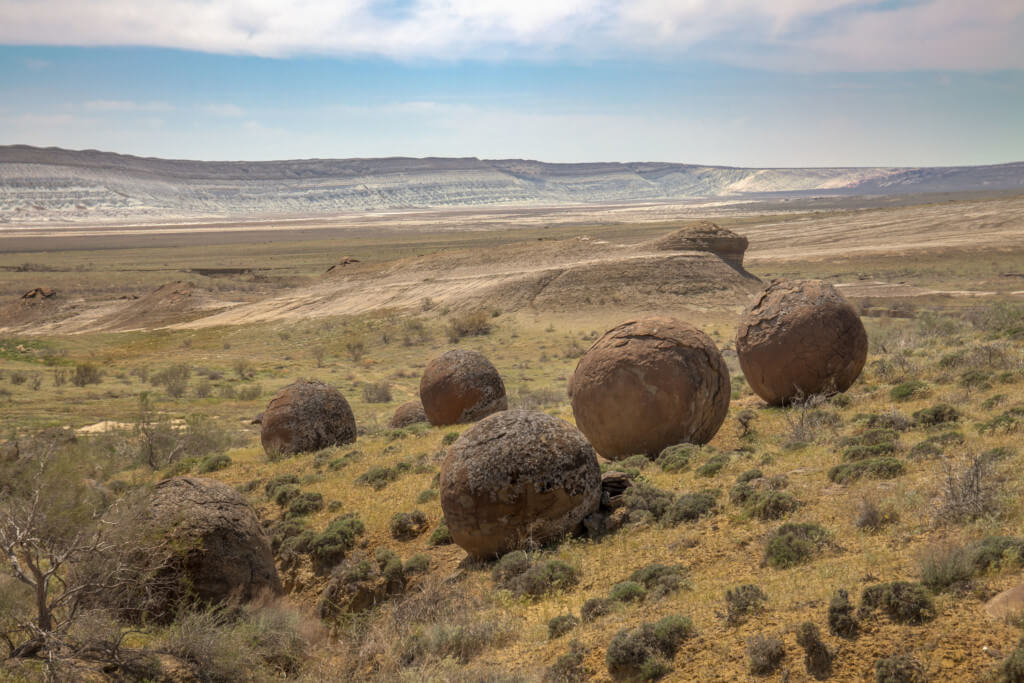 Eight kilometres east of the Aktau-Kalamkas road is the Valley of Balls. Locally known as Torysh, the valley lies on the north side of the Western Karatau Range and features hundreds of spherical sedimentary rocks up to 4 metres in diameter. © Mulderphoto Researchers believe they’re concretions –formed by mineral-rich water flowing through porous sedimentary […] 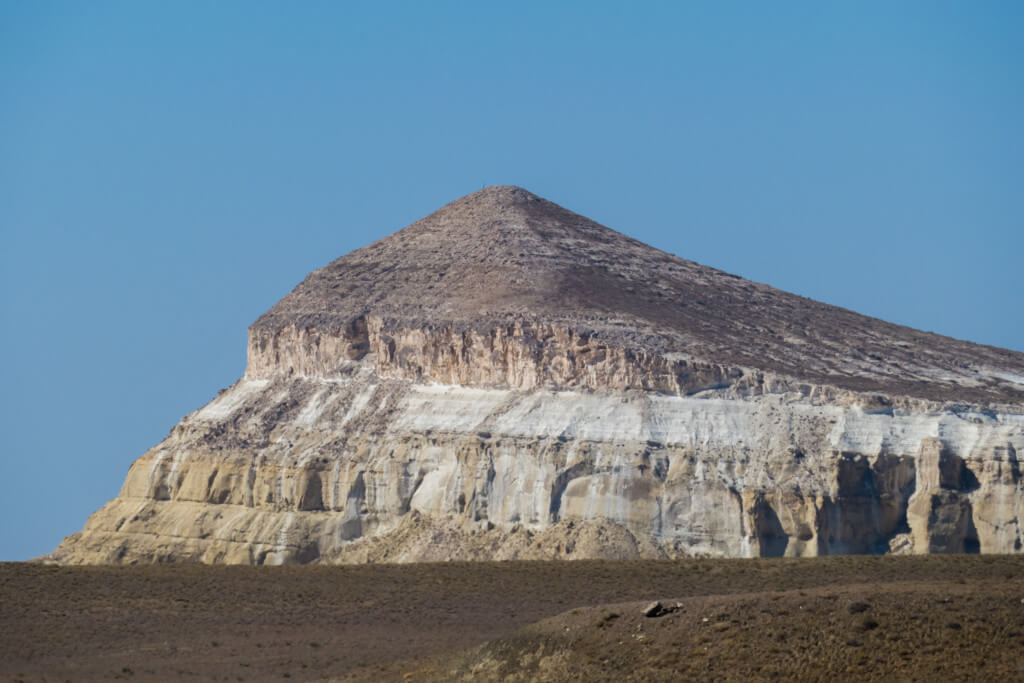 Sherkala (307 m) is five kilometres west of Ayrakty-Shomanai on the northern side of West Karatau Ridge. In Turkmen, Sherkala means ‘Lion Fortress’ as its western aspect looks like a resting lion. Its southern aspect looks like a yurt and features on Kazakhstan’s 1,000 Tenge banknote. Sherkala’s west face. Photo by Valeria Bolotova is licensed with CC BY 2.0. […]