At the northern edge of the Ryn Desert is Kamysh-Samara. The 100 x 60km plain was once home to at least a dozen lakes, with Aralsor–the largest one–measuring 13km wide. Today, most of the lakes’ water levels have decreased significantly and turned into dry salt pans.

The decline of Kamysh-Samara’s lakes are due to a combination of a drying climate and upstream diversions of its two feeder rivers, the Maly and Bolshoy Uzen, to reservoirs. Despite this, the area’s remaining water sources remain a popular spot for a host of birdlife, such as curlews, terns, turukhtans, and grebes.

Little is published about the region in modern times, which is surprising given its size. Askar Isabekov’s richly illustrated 2017 trip report discussing birds in Kamysh-Samara and Chistyakov Vladislav’s video and photo story detailing his wild offroad motorcycling trip offer the most detailed look at this little-known corner of Kazakhstan.

An 18th Century Journey from the Lower Volga to Kamysh-Samara

In January 1834, Dr. F. Gœbel ventured with his colleagues, Dr. C. Claus and Mr. A. Bergmann, from Tartu, Estonia to examine the Lower Volga and western Kazakhstan’s salt lakes and salt-tolerant plants.  At the time, plants growing in highly saline environments were the primary source of soda ash. The inorganic compound (aka sodium carbonate) was used for manufacturing dry soap powders and glass, water softening, and cooking. Their aim was to record plant distribution and analyse lake water chemical composition.

After a two-month wait in Saratov, Russia, for the arrival of spring, they ventured south through the Pontic-Caspian steppe to Kamyshin, on the Volga’s right bank. From here, Gœbel and co. caught a ferry across the river to Nikolayevsk, which sits at the edge of the Caspian Lowlands. Ukrainian settlers established the town in the 18th century for transporting salt from Lake Elton, 120km to the south-east and Gœbel’s next waypoint.

Gœbel’s journey to Elton took him through flat, sandy, and willow-covered lands, outposts where he met Tatars from Kazan trading with local Kazakhs, and to the salty Lake Bulukhta (aka Gorkoye Lake). Before leaving Elton for Kamysh-Samara –less than 100km east– he stopped in Khan Ordasy village (aka Orda) to stay a few nights at Zhangir Khan’s wooden palace, who at the time was the Bukey Horde’s leader.

The final stretch to Kamysh-Samara was off the beaten track. They navigated their way by compass and watch* through winding valleys and over sandy hills, and rolling an odometer as they went. Once there, Gœbel observed natural canals connecting a dozen lake-filled basins with swampy, reed-covered shores, and small salt lakes “looking like cold glittering plains of ice amidst the green and blooming soil.”

The remainder of his trip in western Kazakhstan was spent roaming around the countryside for a few months collecting samples in places such as Inder Lake, Atyrau, Sarayshyk, the Ural River, and a few islands in the Caspian Sea. His report in the Royal Geographical Society’s 1841 Vol. 10 journal, Journey through the Steppes of Southern Russia (pp. 537–543), covers the trip in detail and offers intriguing observations of the landscapes, ecology and people encountered.

*Here’s how to use your watch as a compass.

How to get to Kamysh-Samara

Unless you have an offroad vehicle, the only way to get to Kamysh-Samara is on the R-97 road, which is connected with the A-28 Atyrau–Oral main road. For accommodation, head to Novaya Kazanka or Khan Ordasy villages, which are on the southern edge of the lakes.

North of the R-97 is Saralzhin village, which is surrounded by half a dozen dried-up lakes. It’s most likely the only reliable place to find accommodation in the interior of Kamysh-Samara. 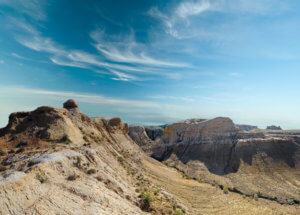 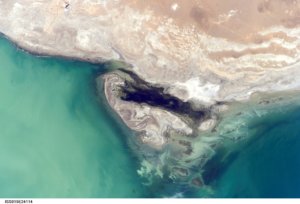 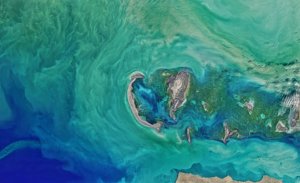